The hunt for the elusive dark matter continues, and galaxy quakes or ripples just might be instrumental in finally finding it throughout the galaxy and even beyond.

The new field of galactoseismology probes these ripples – caused by seismic-like waves akin to a giant quake – in the galaxy to search for invisible satellite galaxies believed to be dominated by dark matter. Thousands of these satellite galaxies just might be buzzing through or around the Milky Way.

Sukanya Chakrabarti, assistant professor of astronomy at the Rochester Institute of Technology, pioneered the technique of using these waves to map the galaxies’ mass and interior structure.

She presented her findings at a media conference in a meeting of the American Astronomical Society in Kissimmee, Florida, and submitted her paper to theAstrophysical Journal Letters.

Hidden By Dust, Or Filled With Dark Matter?

“We have made significant progress into this new field … whereby you can infer the dark matter content of dwarf galaxies, where they are, as well as properties of the interior of galaxies by looking at observable disturbances in the gas disk,” Chakrabarti said in a press release. 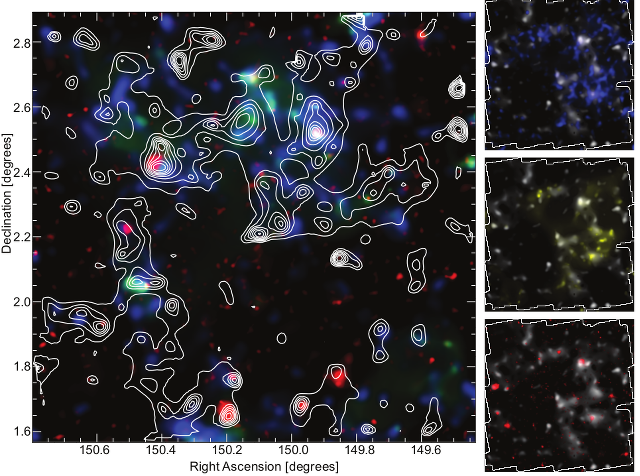 Dark matter is invisible and accounts for roughly 85 percent of the universe. It remains a mystery among astronomers.

During the meeting, scientists investigated how galactic quakes could be useful in identifying “invisible” galaxies circling or near the Milk Way.

Using spectroscopic analysis at the Gemini Observatory, Chakrabarti’s team sought to calculate the speed of the three Cepheid variables, or stars used for measuring distance in galaxies, in the Norma constellation.

These Cepheid variables help mark the location of a dark matter-containing dwarf galaxy located around 300,000 light years away.

The Cepheids being tracked race away at 450,000 miles per hour on average, compared to the radial velocity of stars in the Milky Way disk moving at around 13,000 mph.

Chakrabarti considered this radial velocity as the last proof they are looking for. “You can immediately conclude that they are not part of our galaxy,” she said.

This study confirmed the astronomer’s 2009 prediction for how massive a dwarf galaxy would have to be to create the waves, as observed in the Milky Way’s outer gas disk.

Chakrabarti added that the Cepheid variables are probably young, contrary to standard belief that old stars reside in the dark matter halo.