From the moment that it was discovered that the macroscopic, classical rules that governed electricity, magnetism and light didn’t necessarily apply to the smallest, subatomic scales, a whole new view of the Universe became accessible to humanity. This quantum picture is much larger and all-encompassing than most people realize, including many professionals. Here are ten essentials of quantum mechanics that may cause you to re-examine how you picture our Universe, on the smallest scales and beyond.

“Quanta” are discrete chunks, by definition, but not everything becomes chunky or indivisible on short scales. Electromagnetic waves are made of quanta called “photons,” so the waves can be thought of as being discretized. And electron shells around the atomic nucleus can only have certain discrete radii. But other particle properties do not become discrete even in a quantum theory. The position of electrons in the conducting band of a metal for example is not discrete – the electron can occupy any continuous location within the band. And the energy values of the photons that make up electromagnetic waves are not discrete either. For this reason, quantizing gravity – should we finally succeed at it – does not necessarily mean that space and time have to be made discrete. (But, on the other hand, they might be.)

Nowhere in quantum mechanics is information ever transmitted non-locally, so that it jumps over a stretch of space without having to go through all places in between. Entanglement is itself non-local, but it doesn’t do any action – it is a correlation that is not connected to non-local transfer of information or any other observable. When you see a study where two entangled photons are separated by a great distance and then the spin of each one is measured, there is no information being transferred faster than the speed of light. In fact, if you attempt to bring the results of two observations together (which is information transmission), that information can only travel at the speed of light, no faster! What constitutes “information” was a great source confusion in the early days of quantum mechanics, but we know today that the theory can be made perfectly compatible with Einstein’s theory of Special Relativity in which information cannot be transferred faster than the speed of light.

It’s not like quantum mechanics is yesterday’s news. True, the theory originated more than a century ago. But many aspects of it became testable only with modern technology. Quantum optics, quantum information, quantum computing, quantum cryptography, quantum thermodynamics, and quantum metrology are all recently formed and presently very active research areas. With the new capabilities brought about by these technologies, interest in the foundations of quantum mechanics has been reignited.

Contrary to popular opinion, Einstein was not a quantum mechanics denier. He couldn’t possibly be – the theory was so successful early on that no serious scientist could dismiss it. (In fact, it was his Nobel-winning discovery of the photoelectric effect, proving that photons acted as particles as well as waves, that was one of the foundational discoveries of quantum mechanics.) Einstein instead argued that the theory was incomplete, and believed the inherent randomness of quantum processes must have a deeper explanation. It was not that he thought the randomness was wrong, he just thought that this wasn’t the end of the story. For an excellent clarification of Einstein’s views on quantum mechanics, I recommend George Musser’s article “What Einstein Really Thought about Quantum Mechanics” (paywalled, sorry).

The central postulate of quantum mechanics is that there are pairs of observables that cannot simultaneously be measured, like for example the position and momentum of a particle. These pairs are called “conjugate variables,” and the impossibility to measure both their values precisely is what makes all the difference between a quantized and a non-quantized theory. In quantum mechanics, this uncertainty is fundamental, not due to experimental shortcomings. One of the most bizarre manifestations of this is the uncertainty between energy and time, which means that unstable particles (with a short lifetime) have inherently uncertain masses, thanks to Einstein’s E=mc2. Particles like the Higgs boson, the W-and-Z bosons and the top quarks all have masses that are intrinsically uncertain by 1-10% because of their short lifetimes. 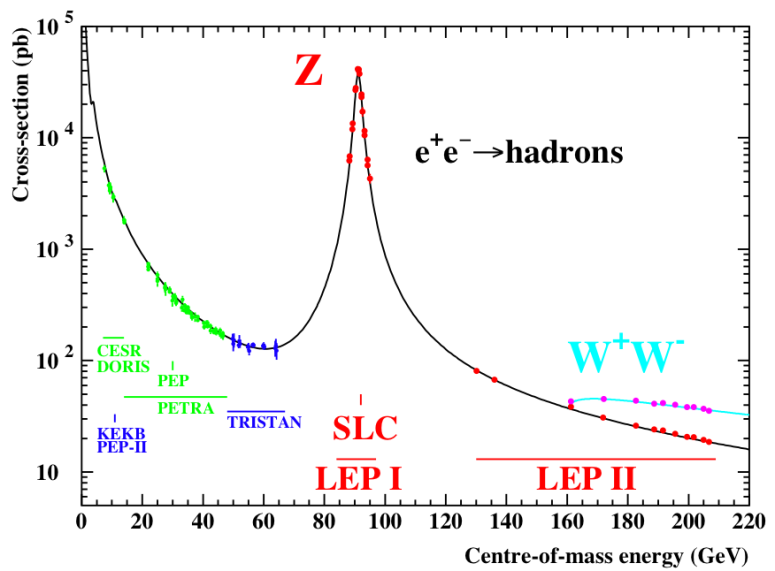 We do not normally observe quantum effects on long distances because the necessary correlations are very fragile. Treat them carefully enough however, and quantum effects can persist over long distances. Photons have for example been entangled over separations as much as several hundreds of kilometers. In Bose-Einstein condensates, a degenerate state of matter found at cold temperatures, up to several million of atoms have been brought into one coherent quantum state. And finally, some researchers even believe that dark matter may have quantum effects which span across entire galaxies.

It was not well-understood in the early days of quantum mechanics, but the quantum behavior of macroscopic objects decays very rapidly. This “decoherence” is due to constant interactions with the environment which are, in relatively warm and dense places like those necessary for life, impossible to avoid. This explains that what we think of as a measurement doesn’t require a human; simply interacting with the environment counts. It also explains why bringing large objects into superpositions of two different states is therefore extremely difficult and the superposition fades rapidly. The heaviest object that has so far been brought into a superposition of locations is a carbon-60 molecule, while the more ambitious have proposed to do this experiment for viruses or even heavier creatures like bacteria. Thus, the paradox that Schrödinger’s cat once raised – the transfer of a quantum superposition (the decaying atom) to a large object (the cat) – has been resolved. We now understand that while small things like atoms can exist in superpositions for extended amounts of time, a large object would settle extremely rapidly in one particular state. That’s why we never see cats that are both dead and alive.

Sabine is a theoretical physicist specialized in quantum gravity and high energy physics. She also freelance writes about science.