The universe may be chaotic and unpredictable, but it’s also a highly organized physical realm bound by the laws of mathematics. One of the most fundamental (and strikingly beautiful) ways these laws manifest is through the golden ratio.

It’s not hard to find examples of this logarithmic phenomenon in nature — whether it’s a simple houseplant (like the aloe plant above) or an expansive spiral galaxy (like the spiral galaxy, Messier 83, seen below), they all originate from the same mathematical concepts.

When the golden ratio is applied as a growth factor (as seen below), you get a type of logarithmic spiral known as a golden spiral. 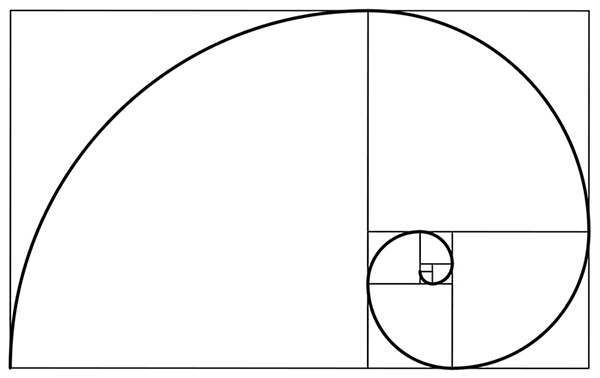 Learn more about the Fibonacci sequence and natural spirals in this fascinating video series by mathematician Vi Hart:

As Hart explains, examples of approximate golden spirals can be found throughout nature, most prominently in seashells, ocean waves, spider webs and even chameleon tails! Continue below to see just a few of the ways these spirals manifest in nature.