Modern cosmology has its roots in the 1920s when physicists were starting to get to grips with relativity theory. Calculation of solutions to relativity was producing some interesting results, one of which was that there appeared to be no solutions that predicted a static universe. Over the following decades, it became more and more evident that the Big Bang theory was a more accurate representation of our universe than the Steady State theory. 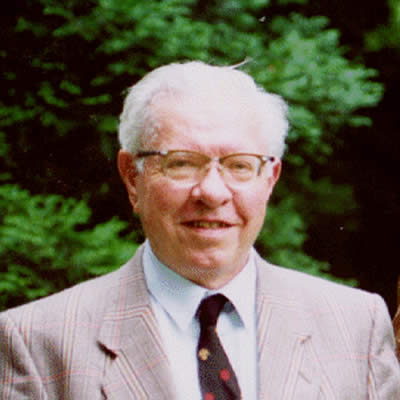 The first time that the name of the Big Bang theory was heard in public was in March 1949 on the BBC’s Third Programme. The following year, Hoyle delivered a series of lectures which were reported in the ‘Listener’ magazine, which was the first time the phrase had been seen in print. Holye was a supporter of the Steady State theory.

2. A Belgian priest was the first to pull together the idea of the Big Bang theory 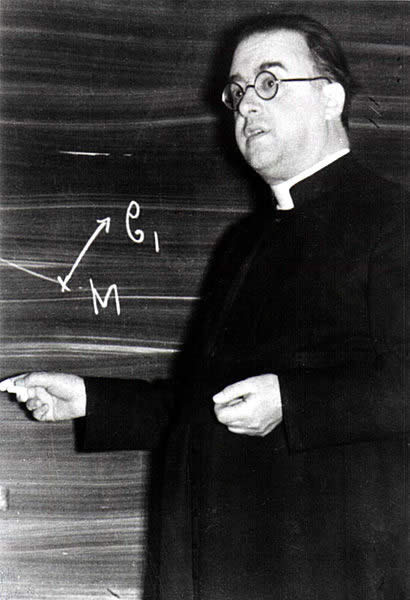 Various scientists had arrived at solutions to Einstein’s theory of relativity which predicted an expanding universe but it is Catholic priest Georges Lemaître who is credited with coming up with the bones of the Big Bang theory. His work was not widely publicised at the time leaving Edwin Hubble to take the glory a few years later.

3. The discovery of the Cosmic Microwave Background provided observational evidence for the Big Bang 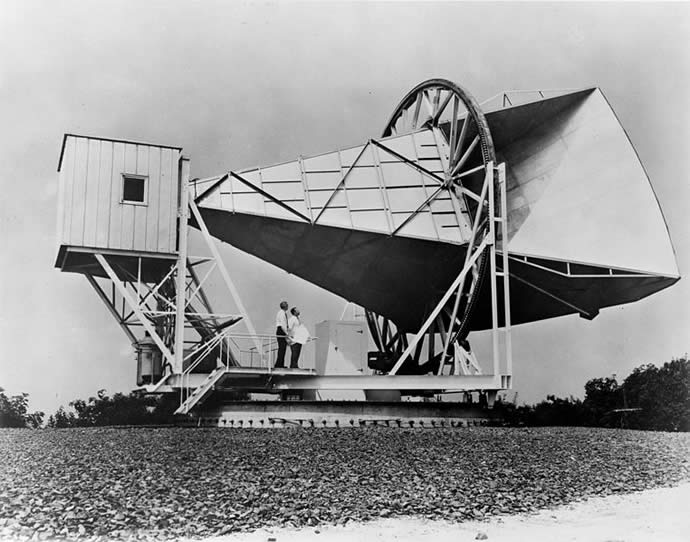 If our universe began with a Big Bang, it would have been incredibly hot. Calculations show that at the present time it would have cooled to about three degrees above absolute zero leaving a weak background radiation. This was discovered in 1965 by Penzias and Wilson. Most cosmologists abandoned the Steady State theory at this point in favour of the Big Bang.

4. The spacecraft COBE discovered small variations in the background radiation 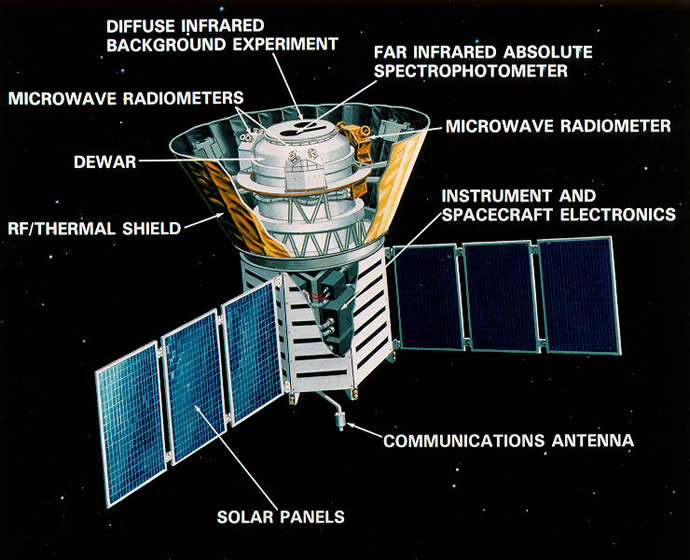 One of the key points of the theory was that the background radiation would not be uniform. From Earth, it appeared to be the same everywhere, but in 1990 a spacecraft named Cosmic Background Explorer (COBE) was launched and took measurements that were precise enough to confirm there were irregularities.

5. The spacecraft WMAP determined the age of the Universe to be 13.7 billion years 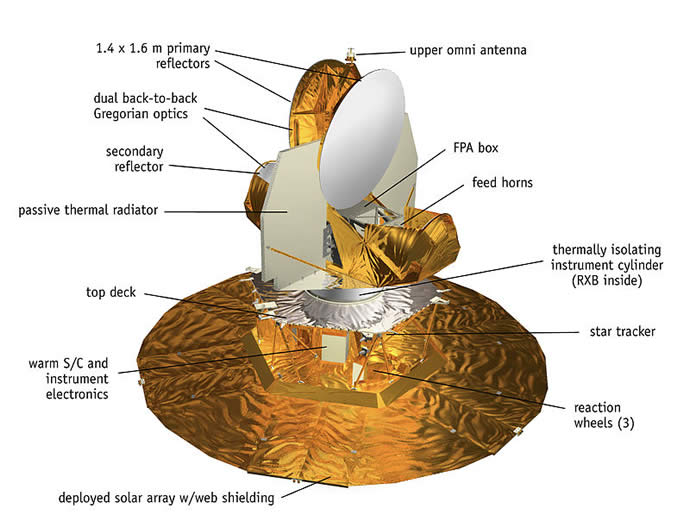 Various predictions and calculations showed the Universe to be around 14.5 billion years old. Very precise imaging of the background radiation was used to obtain the more accurate figure of 13.7 billion years.

6. We cannot know what came before the Big Bang 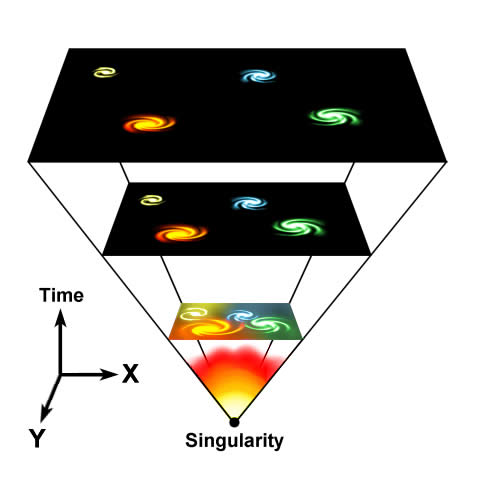 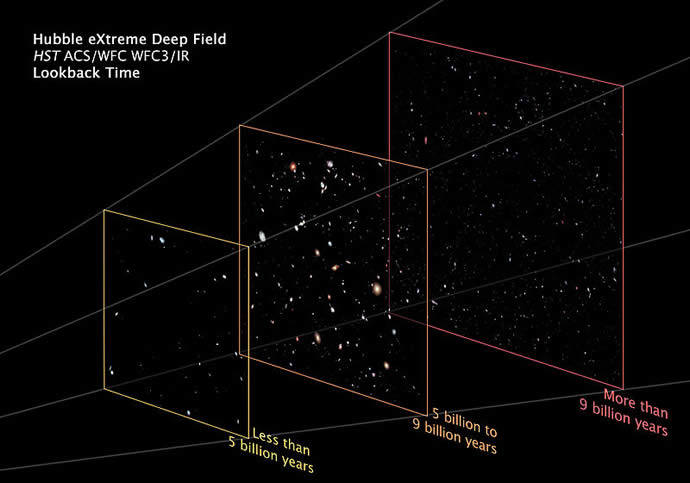 Using the standard Big Bang theory works well until you go back to 10-36 seconds after the Big Bang. In the 1980s, physicists Alan Guth and Andrei Linde developed the Inflationary Theory which took us back further and explains the irregularities in the background radiation. 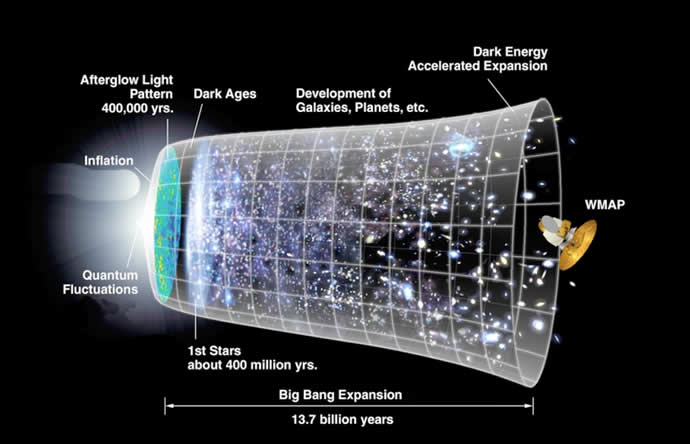 It is believed that all the forces of the universe (gravity, strong nuclear, weak nuclear and electromagnetic) were combined into a single force prior to this moment in time. At the Planck Time, gravity is thought to have separated from the other forces.

9. Inflationary theory tells us that the universe expanded rapidly

Between 10-36 seconds to 10-32 seconds after the Big Bang, the universe briefly expanded at many times the speed of light. Expansion has been much slower since. It also explains the observed ratio of hydrogen to helium.

10. The fundamental particles formed in the first 3 minutes after the Big Bang 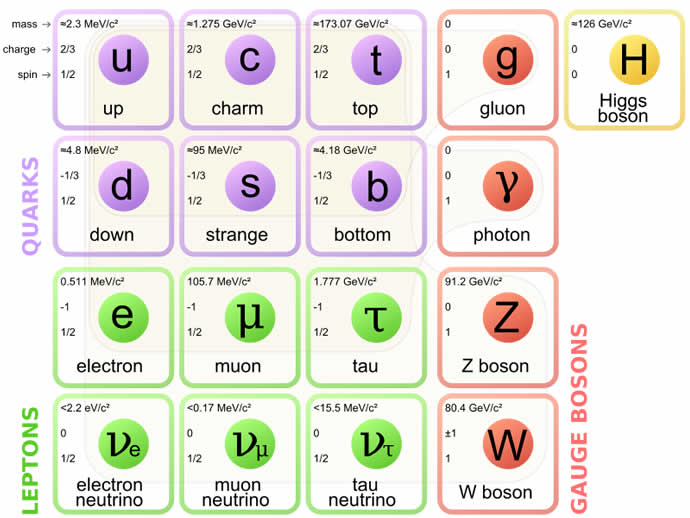 The first particles to form were the quarks and as the universe expanded and cooled, they joined together to make protons, neutrons and other particles.

11. The early universe was opaque

In the early universe, light could not travel very far before being scattered by electrons. Between 240,000 and 300,000 years after the Big Bang, most electrons had been captured by positive nucleii and light could travel much further — the Universe had become transparent.

12. The first stars and galaxies formed about 560 million years after the Big Bang

Research from the European Space Agency’s Planck telescope lead scientists to believe that the first stars formed about 560 million years after the Big Bang. There is some evidence that stars may have formed even earlier.

13. The first stars are known as Population III (low or metal-free) stars 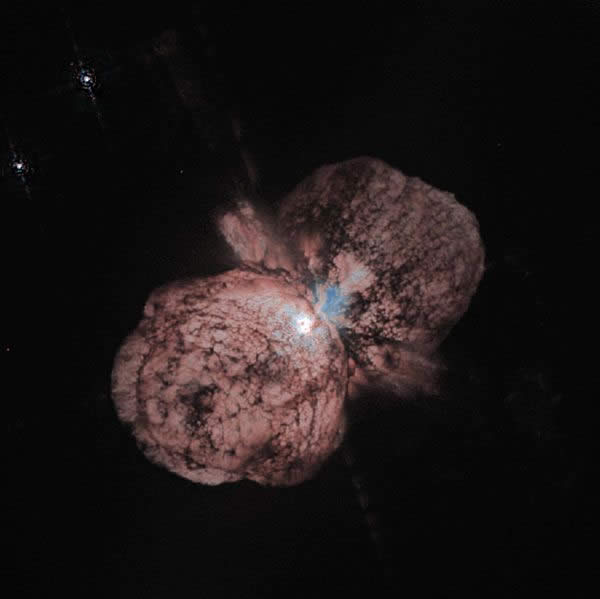 They were a hundred or so times the mass of our Sun and are therefore classed as ‘supermassive’. Such stars are extremely hot and short lived, ending their lives as supernovae creating the first heavy elements of the universe.

14. The Solar System formed about 9 billion years after the Big Bang

The Sun is therefore a late generation star that contains the debris from many generations of stars that have gone before.

15. In the distant future, we won’t be able to see any other galaxies 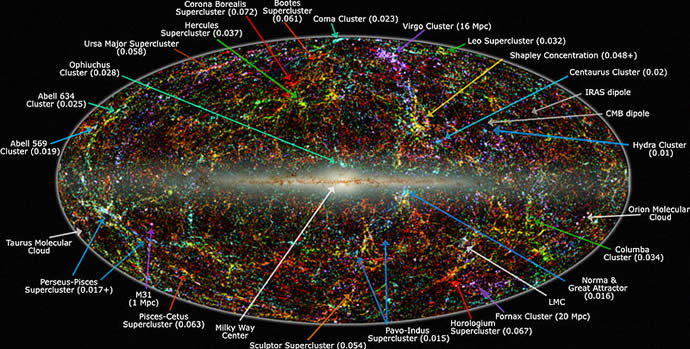 Distant galaxies are moving away from us at increasing speeds. Eventually, as the universe expands more, they will be moving at the speed of light and will therefore be invisible.

16. Irregularities within the primordial universe formed the galaxies 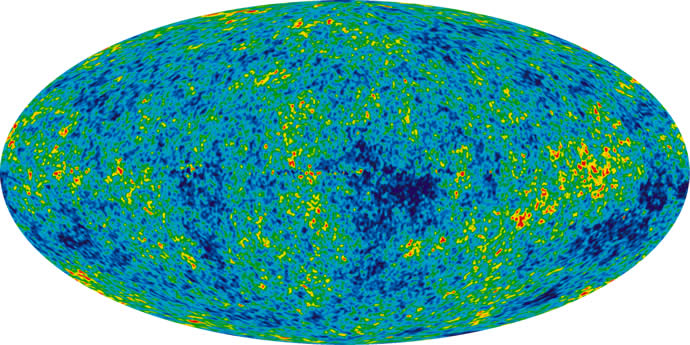 These irregularities were amplified by the force of gravity forming massive gas clouds which evolved to become galaxies.

17. The earliest (and therefore the most distant) galaxies were small but extremely active

These are observed as Quasars which appear star-like but emit as much energy as galaxies. The energy is thought to come from an accretion disk around supermassive black holes formed soon after star formation in the universe began.

18. The universe was subjected to more activity and change in the first few seconds than in all the billions of years since 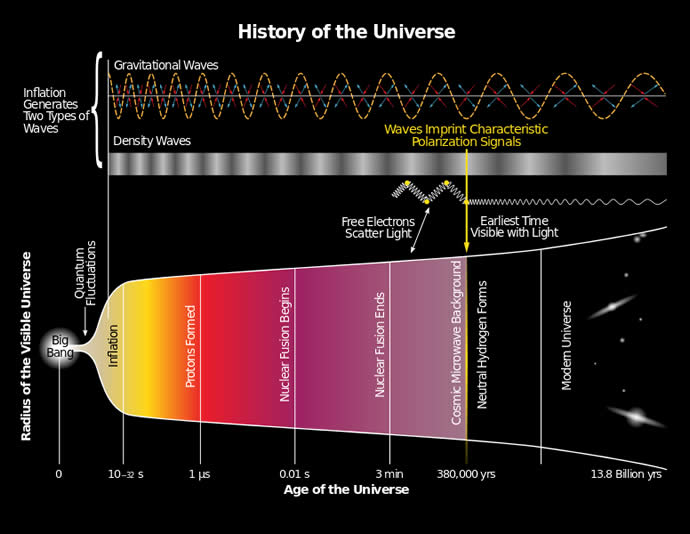 19. 90 percent of the universe may be made up from dark matter and dark energy

There are certain things about our universe that can’t be explained without the existence of the ‘dark matter’ and ‘dark energy’. It has been given this name as scientists really don’t yet know how to detect it.

20. The most likely fate of the universe is called the Big Freeze

It is possible that the dark matter could reverse the expansion of the universe. The most likely scenario is that in around 1014 years from now, all the stars will cease to burn and there will not be enough material for new ones to form.

Source: 20 Facts About the Big Bang | Made From Science